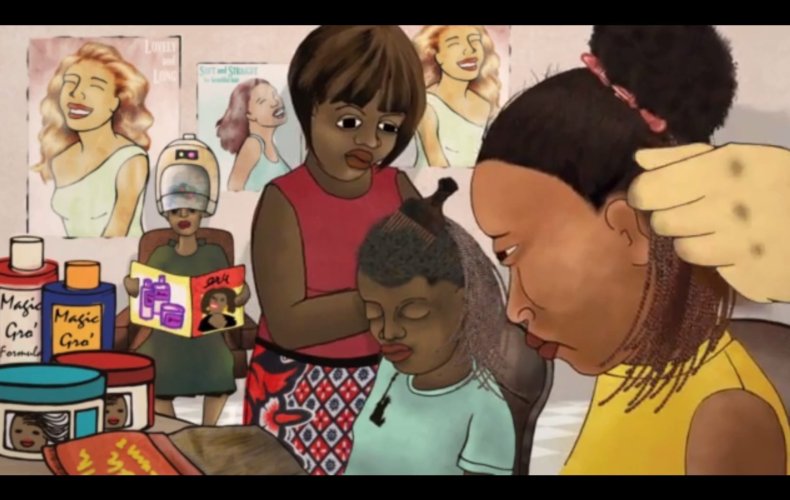 “I am interested in the concept of skin and race, and what they imply; in the ideas and theories sown into our flesh that change with the arc of time. The idea of beauty has become globalised, creating homogenous aspirations, and distorting people’s self-image across the planet. In my film, I focus on African women’s self-image, through memories and interviews; using mixed media to describe this almost schizophrenic self-visualization that I and many others have grown up with.”

Yellow Fever problematizes existing perceptions of beauty. More specifically the short film addresses relationship between women of color and beauty ideals regarding skin complexion. In an interview with The Huffington Post Ng’endo explains her experience observing these ideals growing up, “I would come across women who practiced skin bleaching (‘lightening’, ‘brightening’), and often had a condescending internal reaction to them”.

Mukii continues explaining her realization that these ideals are far from natural and in fact products of our society, “Since our media perpetuates Western ideals to our girls and women, and we consume this information continuously from a young age, how can we fault anyone who is susceptible to these ideals (men included), without challenging the people that are creating them?”.

In an email conversation with Ng’endo I asked her about the choice of the name “Yellow Fever” and whether it has caused any confusion or strong reactions from the asian community. Ng’endo explained, “That’s more applicable in a US context, which I don’t live in. The origin of the film’s name is based on a Fela Kuti song. You should check it out. The other reference that applies to my context is the disease Yellow Fever, which confused people because I am making a documentary in an African context and they assumed it had to do with this disease.”

The Huffington Post interview describes the origin of the name even further, “Mukii named her film after Fela Kuti’s 1970s song of the same title. However, while Kuti’s lyrics lash out at the women who choose to use skin bleaching products, Mukii wants to challenge those who create the ideals. In her words, ‘rather than alienating or attacking people who are victims of them, we should actively address the lack of celebration of women of all appearances.’ “