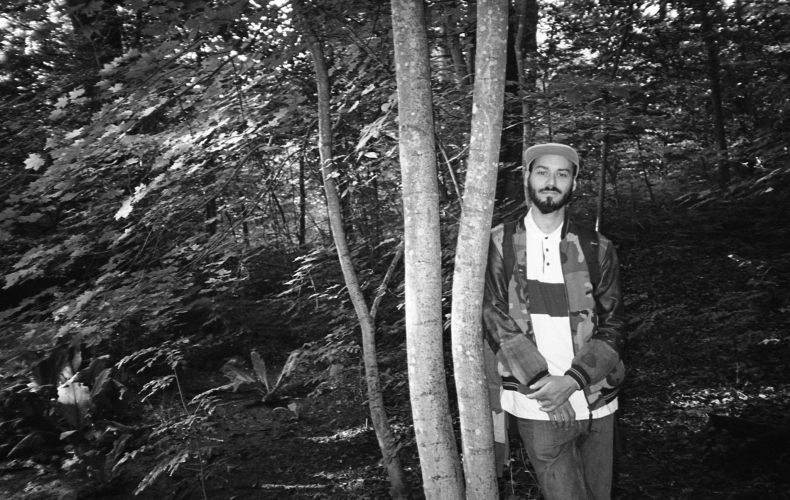 His work as a photographer includes documenting the refugee camp of Calais, France. By handing out disposable cameras he aims to help the migrants of the Calais camp tell the story from their own perspective. futuro berg was photographer and filmmaker for Hammarkullen Urban Arts 2017.

I am futuro berg. Activist, filmmaker and photographer from Santiago, Chile.

Initially my feelings towards participating in the festival were of extreme excitement, with the intention of really creating and being part of something that could set an example on how to make graffiti/street art festivals more inclusive, participative, and just more “real” in my eyes. The thought of having a festival that would include a sort of political statement within the festivals discourse, was amazing to me and I was curious of what could be achieved.

It is possible to make political actions in Sweden?

When it comes down to my actual experience at the festival, it’s one of mixed feelings.

On one hand I had a great time with the other artists – especially because most were from Latin America and I loved seeing their reactions and thoughts about Hammarkullen, Gothenburg and their impression of Sweden, coming from far away places. Seeing the big grey ugly walls turning into big colourful walls is always a feeling of gratification, a certain pleasure that’s quite unique to graffiti – magic in some sense.

On the other hand I think it was a bit of a shock for all of us participating to find some kind of resistance coming from some of the neighbours. A small group of kids and teenagers were stealing the paint, insulting us, and being quite aggressive, especially the first few days, which made everything a bit strange. At the same time that was a reminder of where we were stepping in to – a place considered a “ghetto” by the general Swedish opinion. Which for us Latinos can be quite confusing experience, based on our definition of what a “ghetto” is.

We were the strangers coming into someone else’s territory.

In Latin America and most other places I have never encountered a welcome of that sort, quite the opposite, people greet you, invite you to come into their homes, try their food, etc. The welcome by the community itself took some time. Of course, we were the strangers coming into someone else’s territory, and that is understandable when some of the community members do not wish to be contacted, or shown, or filmed, or even mentioned because of their criminal records.

But we wanted to prove the point that what we were doing was not meant to be for the art, or the building owners – it was meant to be a gift for everybody that lives there, a sort of new emblem that could change the neighbourhood’s outside perception, and most importantly be an initiator for people inside Hammarkullen to create a new idea of what their barrio is.

Everything came down to the few volunteers, organisers and friends.

I very much appreciated to get to know so many characters that have been working in Hammarkullen for many many years, with everything against them, the “gangsters”, the municipality’s lack of interest, the state’s lack of funding, and a long long list of limitations. Those characters made me believe that you can achieve something in this country, but honestly speaking, it’s a long and hard task that only a few fighters can take.

Moreover the isolation, segregation, lack of state presence, and lack of institutions were made pretty clear from the start. Everything came down to the few volunteers, organisers and friends who helped make this possible, and that in turn made the festival a lot more interesting in the end. Because of the shared experience of seeing the problematics behind it, the limitations, and the development of the initiative live, in everyday life.

I personally feel like the action of organising the festival, especially in this part of the city was the biggest artwork, it made people wonder, WHY HERE? Why not? Why have art only in galleries that upper-middle class, educated people can or have interest in visiting. Art should be the tool for the disenfranchised people to become part of something, it should be a cheap accessible tool, not an expensive item at the store.

More of futuros work can be seen in the other articles of the series “En förort i färg“.