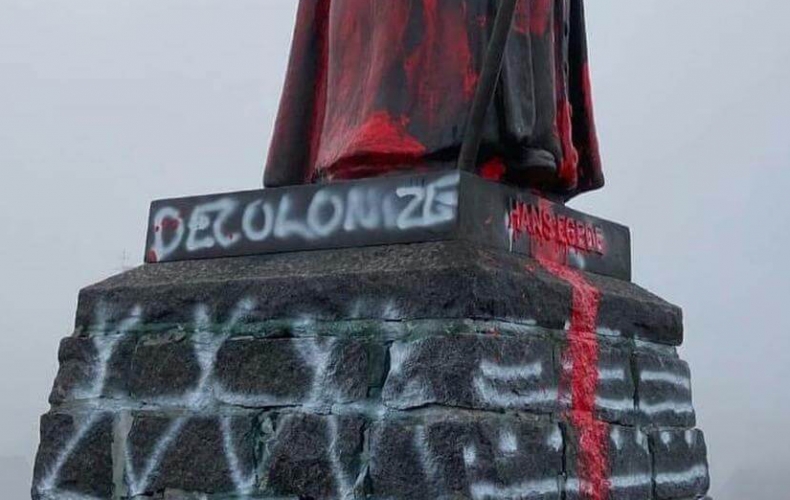 Manifesto: The System Exposing Itself

The night before Greenland’s National Day, 21 June, a group of activists painted the statue of the missionary Hans Egede in red and white and added slogans about land return and decoloniality. For Kultwatch, Inuk writer and multidisciplinary artist Aka Niviâna delivers a scathing manifesto, describing the motives behind the action and eviscerating those who would rather support statues than justice. The activists are now facing legal action and are crowdfunding for their defence costs.

I am sure that by now, you have heard of the statue of Danish-Norwegian priest Hans Egede, located on top of a mountain, overlooking the capital of Greenland, Nuuk. If not, let me briefly inform you that the night before the Greenlandic National Day, it was painted in red and white.

Just like in the rest of the World, there is a growing resistance against oppressive systems in Greenland. It is clear that the days of white supremacy without protest are over. With the growing consciousness around racial injustice, people are willing to demand change on another level.

Changing the status quo, whether  political or not, requires disruption to be possible. For a long time it was nothing but silent noise, whispering in the night – but now, change is here and it is a storm raging worldwide. Those days of being a passive bystander against injustice and accepting the symbols of it, are over. There is a desperate need to dismantle this system, because it is not only directly and indirectly killing people, but also killing our planet.

A statement not only defending the land, but the people living on it. A solidarity movement beyond colonial borders, showing solidarity with other indigenous groups and marginalized people.

There are a lot of things going on all around the world – marginalized people stand together. Showing solidarity. Inspired by each other. Tearing down statues is not the goal itself. Statues are one of many symbols  that continuously  celebrates a white supremacist system and its  history. We cannot erase history, and we cannot ignore it, for today’s reality has roots in it. It is only fair that we do our best to right the many wrongs of history, and uplift those who have suffered and continue to suffer under these oppressive structures.

We no longer want to be looked down upon from a mountaintop and nor do we want to look up at symbols of oppression and celebrate them as saviours and liberators. We are walking with our head up high, climbing and fighting our way to the mountaintop to put our marks and to let our voices be heard.

Considering actions for justice as vandalism exposes the real nature of the system – protecting statues, punishing the people. 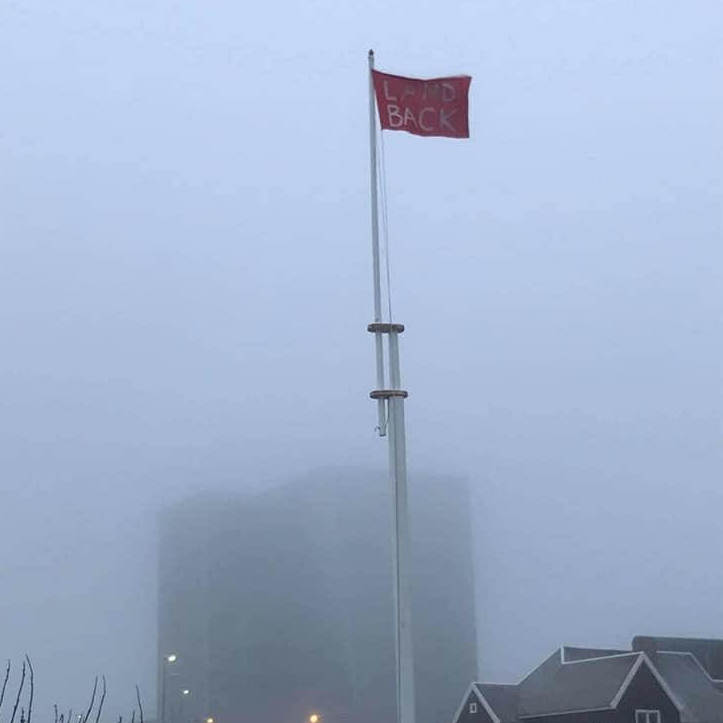 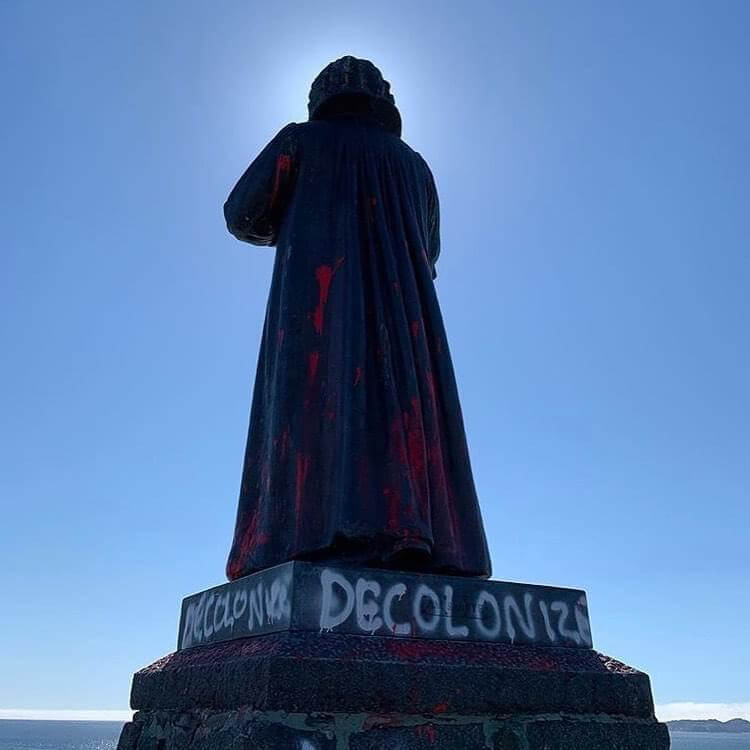 Aka Niviâna (b. 1995) is an Inuk writer and multidisciplinary artist based in Nuuk, Kalaallit Nunaat (Greenland). She incorporates her own experiences and interest in her practice focusing on topics like climate change, identity and colonialism. Aka has also written several scripts for theatre dealing with the nuances of the identity debates.