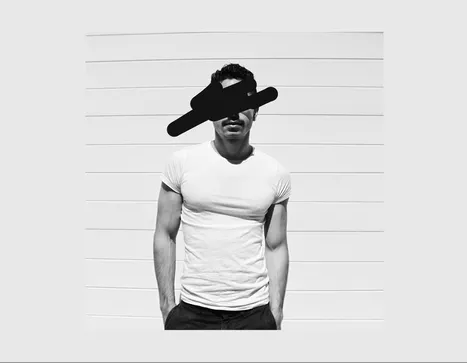 “If mental abuse was a punishable crime, a lot of parents would be in jail serving a long term.” ― Maddy Malhotra

My father grew up in Damascus during the 70s – which was an era of extreme toxic masculinity. He has 2 brothers and 3 sisters and he is the oldest son to his parents. He studied law and is a qualified lawyer but never really worked in that field. He met my Mom when they were 20-something, fell in love, got married soon after that and started a family.

The problem with most straight people having children or starting a family is they never go through the process of testing if they are qualified to be a parent like gay people do and I believe that my father was absolutely not ready to have children. As I said in the previous chapter, my dad never nurtured my relationship with him. He never really cared for having a friendship with his only son – which is strange for most Middle Eastern families because fathers usually take more pride in their son than their daughter (still problematic). The only memories I have of my Dad are really bad memories, besides not ever having a conversation beyond “How are you?” every morning we never ever had a conversation or a discussion about anything in life. I truly don’t know much about him, I don’t know if he has any hobbies, I don’t know what his favorite movie is, I don’t know what his life was like before he married my Mom, I really don’t know anything. I find that quite pernicious. You live with someone for 18 years and is your parent yet you have no idea who they are. He never allowed me into his life even though I was in his life (whether he liked it or not). He was never welcoming when I was around, I don’t remember him once asking me to sit with him to have coffee or tea and just talk about life. I can’t count or mention the things that my Dad and I missed out on because if you had a normal relationship with your father – you’d probably know better than I do on what I’ve missed out on.

I was a very reserved and shy kid. I never invited my friends over to my house, never attended school parties (most of the time he wouldn’t allow me to), rarely ever had fights at school and when I did my parents would never know about it. I grew up to be emotionally independent and it wasn’t by choice. In fact, I really wanted a support system but never knew how to ask for it. My Mom was always present but I never asked for that because she was already burdened by my Dad’s issues and I felt she was constantly overwhelmed by trying to fix him or make him a better man.

One of the most toxic things I learned from my parent’s relationship was that loving someone meant taking care of them and tolerating their selfish behaviour because it’s my responsibility as a lover or partner to fix them. It really isn’t, it is nobody’s responsibility but yourself to take care of your own mental health, if you require support, your friends and family should be there for you but it’s ultimately on you to take that step of seeing a therapist or whatever would help you cope with your mental health issues. Sadly, I learned this the hard way.

My dad was a violent person, both physically and emotionally. I believe that mental abuse is worse than physical abuse and here’s why – physical abuse is something you can see and something that is able to heal with time depending on how bad the abuse is, meanwhile, mental abuse can occur without you know that it is. One of the worst times that my Dad beat me was during Ramadan, I was on my bed playing with my Mom’s phone which was new at the time and had the”Snake”game, my Dad walks in and asks why I’m playing with my Mom’s phone and I simply answered “My mom gave me permission to”. He was not happy and started a fight with my Mom that resulted in him beating me. He started slapping me on my face and kicking me in my stomach until I fell on the floor – then he started literally jumping on my head (as in kicking my face) until blood started coming out of my left eye and they had to take me to the hospital shortly after. My Mom and sisters always tried to keep him off of me but he was a very strong built man.

After everyone left – he called me into his room and locked the door, he tied my legs and hands with a belt and he beat me

My Dad beat me occasionally (about 6 times a month). According to studies, when a brain experiences stress or a traumatic event it protects itself by blocking out these memories over time, so I sometimes don’t remember the details of why did he beat me or all the other times that he did beat me. Another time that I can recall was when I was a little younger (about 7 years old) and we were hosting family dinner. My Dad instructed me not to play with the other kids because I’m a “man”and I was not supposed to act girly or childish. During the dinner I saw all the kids were playing with toys and they called me over to play with them, I was terrified of doing so but I figured that he wouldn’t notice. I secretly went to them and played Lego with them. After everyone left – he called me into his room and locked the door, he tied my legs and hands with a belt and he beat me. So bad that I had to skip an entire week of school because my face was bruised so badly and he did not want the school to find out. Again, I’d like to mention that my Mom tried very hard to keep him away but when she did he’d beat her too. So sometimes I preferred it if she didn’t interfere so she could be safe.

I had really long hair when I was younger, I wasn’t a good looking teenager (who was?) and I wanted to stand out so I grew my hair. One night he came back home from work very angry because of one of his clients blah blah blah, so he called me into the bathroom, grabbed me by my hair and chopped it off with the scissors – he then dropped the scissors and said “Go get a haircut you look horrible”.

The mental abuse part that I mentioned earlier came in many forms. My dad would address me as a female when he would be angry with me as a way of telling me that I’m not a man (like he is). So for days, if he’s angry about something whether it involved me or not, he would pick a fight with my Mom, beat her or myself (sometimes my sisters too). He had nicknames for all of us, he would call my Mom a prostitute, my older sister had issues with her weight at the time so he would constantly fat shame her, he used to call me man whore. There is deep manifested hate and anger in my father’s heart. Something too dark for me to understand or wrap my head around.

There’s a song titled “He hit me and it felt like a kiss” by The Crystals and the same line was used in Lana Del Rey’s album “Ultraviolence”and what it represents to me is that people can really get addicted to the violence they experience by someone. I don’t believe there was a point where I enjoyed being beaten but I have enjoyed the emotional pain. It’s very similar to drug abuse if not identical.

There were many instances and stories that I could be tell you about like when he tore all my school books, he broke my first computer when he was frustrated with work, he threw my phone out of a moving car because I had music on it, he spat on me occasionally, he made me sleep on the floor a lot of times. My relationship with my Dad broke me, it completely destroyed my confidence, and it’s one of the main reasons I have ongoing issues with who I am as a person. I tried and still try to pick those pieces he tore apart. Without my Mom and my family’s support – I don’t think I’d still here writing this. I thought of ending my life many times and I stayed up nights thinking of ways to hurt him too. The violence and anger he planted in me grew and I couldn’t stop it.