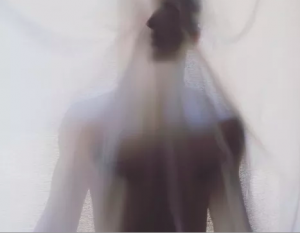 Rape, sexual assault and sexual abuse are all topics we avoid talking about. Most of us who went through it have a hard time opening up about it. I struggled for years in coming to terms with what happened to me and I am finally ready to share it. I am sharing this because I need to own my story and destiny. This happened to me but this is not who I am.

I was 13 years old when I was living in Jeddah, Saudi Arabia with my family. I mentioned before that my circle of friends was very small – I had two good friends at school and that was that. I asked Mama if I could go to the store to buy a chocolate. I was walking back from the store and I noticed there was this taxi hovering around. I didn’t give it too much thought because, at that age, no one told me to avoid situations like that. So I carried on walking. The taxi pulled up next to me and the guy inside asked me if I needed a lift. I said “No thank you, I live nearby”.

The man in the car (let’s call him X) – insisted on giving me a lift home, saying that “it’s too dark for you to be walking alone”. I have always struggled to say no – as most close friends know – and I thought it was an act of kindness, so I accepted the offer. Let me be clear about something: I already knew that I was gay and this incident in no way “defined” my sexuality, as some people might assume. I got into X’s car and he started by asking how my day was. The conversation seemed civil and “normal”. When he pulled up next to my house, he asked if I could take his number to ask my friends if they’d need a taxi/driver. I said “I’m sorry, I don’t have a phone” and he answered “I was driving behind you and I saw a phone in your hand.’ In that moment, my heart sank because I knew this was not normal. I took his number out of fear and said I would contact him. He did not allow me to leave the car without him having my number too so I gave it to him. I lied to him and I said my name is Jamal.

He texted me later that night and said “nice meeting you Adnan.” That message was one of the biggest threats that I feel I could ever receive. The fact that he had already investigated and found my name within an hour was terrifying. The Arab community can be very small and neighbours know each other like family. I knew I was in trouble the second I got that message, so I didn’t respond. I mentioned before about how sometimes people block out memories of traumatic events and I honestly don’t remember what was his name. I recall what his face looked like but roughly. I remember small details like how he smelled like cigarettes. The next day, we were getting into my Dad’s car to go to school and I saw him parked just next to our house with his window down, smoking a cigarette. He didn’t wave or do anything – he just stared at me until I got into the car and he drove behind us all the way to school.

There was no way and no chance for me to tell my Dad about this – I was as scared of my Dad as I was X. Now X knew my name, number, where I lived and where I studied. What’s left? Social media was not a thing back then (except Blackberry) and he basically knew everything. He texted me multiple times to ask to see me and I kept saying no. One time, he was standing outside our house and he saw my Dad and three sisters leave – he came up to our house and he knocked on the door (not knowing that my Mom was there). Luckily Mama was praying, so I opened the door to see him standing at my door. He told me that if I don’t go with him, he would tell my parents I’m gay. I shut the door quickly and I texted him saying “I’m coming”.

I took a knife from the kitchen, hid it in my pocket, and told Mama I was going to the store.

I took a knife from the kitchen, hid it in my pocket, and told Mama I was going to the store. I left the house and I don’t think anyone ever walked as slow as I did. I was terrified – my legs were shaking, my head was rushing and my heart was beating so fast that my blood was boiling. I got into his car without saying a word and he said, “You look ripe.”