It is the greatest of ironies that Sweden, which has constructed a national identity based around myths of tolerance and anti-racism, of being somehow excluded from Europe’s history of colonialism and Nazism and of being the “Third World’s benefactor”, is the world’s biggest importer (per capita) of non-Western children through the international adoption trade. Since the 1950’s over 55,000 children, predominantly children of color from the (perceived) Third World, have been adopted to Sweden. While the seemingly insatiable demand for children of color from the global South by white families in the political West and the continued flourishing of the adoption industry raises serious criticism from feminist, post-colonial and anti-racist standpoints, international adoption remains a non-controversial practice in Sweden.

International adoption has been described as a contemporary colonial project: Tobias Hübinette, who outlines the industry’s alarming similarities to the transatlantic slave trade, argues that he, in line with other postcolonial scholars, sees the “involuntary transferal of hundreds and thousands of non-Western children on a worldwide scale after formal decolonization as a clear reflection of a global colonial reality and racial hierarchy, and a grim reminder of the still existing astronomical power imbalance between the West and its former colonies”.

If international adoption, and its trade in human commodities, can be seen as embodying the notion that colonial projects are ever-present, challenging the idea that there is a clear beginning and end to colonialism, then the adoptee herself can be seen as not just a subject of colonialism, but also as an embodiment of colonialism: the adoptee’s body quite literally becomes a site of a colonial civilizing mission. Through the supply, removal, transportation, and construction of the adoptee as a Swede, a process of colonial civilization, in its most violent form, takes place on the very body of the adoptee; a process justified by a belief that the non-white body can, and should, be civilized and controlled by the white West; a process propelled by a white supremacist conviction that, to paraphrase the postcolonial feminist Gayatri Spivak, the brown child must be rescued from the brown woman by the white woman.

Common to other colonial missions, adoption is part of a process of domination and exploitation, beginning with acts of violence, appropriation and de-territorialisation, and then consolidating control through violence carried out on the indigenous culture, language and colonized body. Indeed, adoption begins with, arguably, the most violent and traumatic act of all: a child is removed from her mother, permanently. This child then becomes a fetishized commodity; transferred through a series of “middlemen”, including hospitals, agency run maternity homes, agency run baby reception centers and foster families. Following a chain of significant financial transactions, the adoptee becomes the permanent property of a family of strangers in Sweden, and the subsequent transportation sees her permanently removed from, and deprived of, her community and country. Upon arrival in Sweden the adoptee’s body is suddenly and systematically stripped of her language, culture, history and ancestry. She is renamed, and a new language and culture are forced upon her. Her history is rewritten. From a child with a mother, a homeland, an ancestry and a pre-adoption personality, she is constructed as something that began to exist on the day she arrived in Sweden: before that, she was just laying, waiting to be rescued.

Postcolonial scholar Robert Young introduces the concept of “translating”, which centers around the forceful imposition of a version of the colonial culture over the – now devalued – indigenous culture, with claims that the colonial copy actually “corrects deficiencies in the native version”, as being a fundamental process in the colonial civilizing mission. This is certainly a feature of the civilizing mission of adoption: a major, if not the major, theme of adoption is the belief in replacing the adoptee’s original culture, society and language with better versions of such. And, of course, replacing the adoptee’s original family with a “better” family. Indeed, regardless of how or why the adoptee became separated from her parents, regardless of her family status, regardless of the psychological traumas of separation and adoption, to offer a child the opportunity to grow up with a “good” family in Sweden is always seen as a better alternative than being raised in a non-western country. Removing the “Koreanness” (for example) from the adoptee’s body, and replacing it with an authorized version of the superior “Swedishness”, also has a clear parallel with the use of translation in the civilizing mission.

The need to translate and civilize the adoptee’s body has been a key feature of international and transracial adoption throughout history, and is best summed up by a quotation from Richard Pratt, a central figure in the systematic mass removal and assimilation of Native American children in the USA in the late 1800s: “Kill the Indian in him, and save the child”. The child can only be “saved” if its “Indian” (Native American) “race” is removed, and replaced with a version of whiteness.

Young outlines the importance of renaming in the civilizing process, describing it as “an act of power and appropriation”, which also serves to desacralize geographical sites in colonized areas. Renaming is alarmingly common in adoption, with the changing of the adoptee’s foreign name to a (white) Swedish name being normal practice. As with the renaming of sites, it acts as a means of domination, appropriation and descarilization: renaming disregards any meaning in the adoptee’s original given name, and disregards the possibility that the name could be auspicious; it also disregards the significance of the adoptee’s language. Additionally, placing a white Swedish name on the adoptee of color condemns her to a lifetime of being forced to explain her non-white presence, with a name that doesn’t match her appearance. The name change can be seen as an act of claiming ownership: the new name indicates that the child no longer belongs to her mother, her community, her people, her nation; the child now belongs to her adoptive parents, her adoptive family: the child now belongs to Sweden.

Finally, to return to the irony of adoption, perhaps the greatest irony of all is that international adoption, facilitated through a demand driven industry undeniably built on a committed belief in racial hierarchies and white supremacy, dependent on – and responsible for – the maintenance of meaningful perceptions of racial differences, is an integral part of constructing Swedish national myths of anti-racism and exemption from European colonial history; and, the process which involves the removal of children from mothers of color to create families for white women – can actually be seen as being a key element of Swedish myths of international solidarity and being the “Third World’s benefactor”. Mass scale international adoption, amazingly, can historically be seen as a project of Sweden’s liberal/left, with adopters looking to not only rescue children of color, but also to create “multicultural” families. Worryingly, prior to the 2014 general elections, all major political parties stated that they were in favor of international adoption. Feministiskt Initiativ (F!) and Miljöpartiet (Mp), two parties advertising themselves as “anti-racist” and “feminist” were particularly enthusiastic about the adoption industry, with Mp stating, “we are just positive about adoptions”.

There is an urgent need for serious, critical research into the international adoption phenomenon from a postcolonial perspective in Sweden. It is absurd that a nation that regards itself as “post-race”, a nation that prides itself on equality and international solidarity, a nation where all major political parties claim to be “anti-racist”, can still believe, almost universally, that the mass removal of children of color from their mothers, families and communities in the global south, and their subsequent transportation (lest we forget, by agencies, for considerable sums of money) across the earth to fulfill white Swedish families’ domestic or white savior dreams is unproblematic. In an environment where critically thinking adoptees’ voices are systematically crushed and the voices of mothers of adoption loss are simply non-existent, and where almost all adoption knowledge is produced by white adoptive parents and the adoption industry, I believe those of us who identify as “anti-racist” or “feminist” have a responsibility to turn the spotlight on Sweden’s role in the global child trade, and force a serious discussion on Sweden’s shameful colonial present. 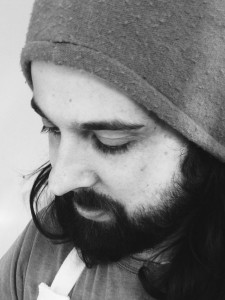 Richey Wyver researches and writes about the international adoption phenomenon from a critical, postcolonial perspective, and is involved with adoption reform campaigning. He runs the Facebook page Adoption Reform International and occasionally blogs at anotherfutonrevolutionary. Richey is currently studying for an MA in International Migration and Ethnic Relations at Malmö Högskola, and lives in Lund with his partner and two young children.

This site uses Akismet to reduce spam. Learn how your comment data is processed.